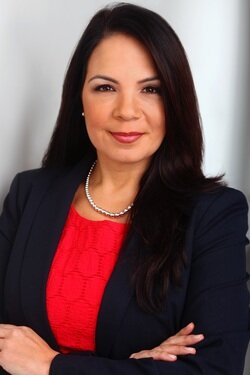 Jessica I. Cuadrado, Esq.,  obtained her bachelor's degree from Rutgers University and her law degree from Hofstra Law.

Ms. Cuadrado began her legal career representing children with the child advocacy clinic sponsored by Hofstra Law and The Legal Aid Society.  She focused her final year of clinical work on a visitation program for incarcerated parents and their children.

She then worked for the NYC Administration for Children's Services.  During her time with NYC ACS, she prosecuted child abuse and neglect cases.

After several years at NYC ACS, Ms. Cuadrado opened her own private practice in family law.  She also became a member of the Assigned Counsel Plan for the County of the Bronx.  Her experience in family law has spanned over a decade.

Jessica Cuadrado is the current President of the Bronx County Family Bar Association.  She is also an adjunct professor at CUNY Hostos.